Mine happens to be getting terribly ill the first month of school. It happened when I student taught, it happened last year, and it happened again this year.

I know, I picked a super fun one to incorporate into my life.

This year I am at least happy to report that I did not get strep (if I had I would've jumped on a bush plane to Bethel and demanded that someone take out my darn tonsils!!). Instead I contracted mystery illness 1.0, which may or may not have been a combination super-virus of my roommate's throat infection and my next door neighbor's flu. We'll never know.

What I do know is that this is the first time since I was in middle school that I've thrown in the towel half way through the school day and said "I can't make it." But that's what I did at 11:15am on Thursday. Luckily our librarian was kind enough to sit with my last three classes of the day and watch a National Geographic documentary on the Bermuda Triangle while the kids practiced their historical inquiry with a KQL chart and a writing assignment.

I, on the other hand, went home and crawled straight into bed with the dogs and about a million blankets (I had the chills) and prayed to almighty Tylenol that my fever would come down from it's chosen 103-104 range.

Unfortunately, the Tylenol upset my stomach so I had to relocate to the bathroom floor for a few hours (overshare? oh well.)

By Friday I was still feeling pretty crummy. My tonsils were swollen, it hurt to speak, and I could barely swallow. But my fever had fallen to a more reasonable 99.8 during the night and my stomach had been quiet for almost 8 hours, so I decided not to look a gift horse in the mouth and headed to school.

Bad plan? Probably, but oh well. I made it through the day.

My fever did spike again on Friday after school and I spent the entire evening in bed watching American Horror Story and drinking plenty of fluids. Secretly I was wishing for otter pops and ginger-ale, my go-to foods when I feel icky, but my laziness and general not-feeling-well-ness kept me in bed instead of walking to town, where I know that snack shack had Canada Dry.

I'm happy to report that after gargling with salt water and staying away from anything too adventuress, both my throat and tummy are doing much better. I think I can officially say I survived mystery illness 1.0 and hope I never encounter its upgrade: version 2.0
Posted by Chelsey at 8:07 PM

Email ThisBlogThis!Share to TwitterShare to FacebookShare to Pinterest
Labels: Alaska 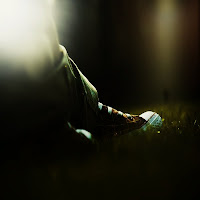